How to RegiStax a Planet video. 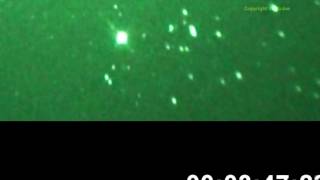 A little bit about Ufo Joe

In antiquity magic was a everyday occurrence, pre Christian civilisation was abound with magick.

Magick is many things, magick is not what we think it is.

In the modern day "Magic" is Harry Houdini, David Copperfield, Lance Burton, Penn and Teller or even Paul Daniels.

These Magicians are show biz, stage illusionists. Tricks and slight of hand.

Recently we have seen the emergence of a new breed of magician, this new breed that look to the old ways, the ancient ways.

The new breed know that the world has seen all the illusion tricks, all the card manipulation tricks and the sawing of people in half. They know to become the next big thing they need to have an edge, preform mind bending feats, no longer are magicians fooling us with trickery, they are actually changing reality.

To the lay person, magic is just very clever trickery, only after extensive research of the old ways can one see there is much, much more to it than producing a rabbit from a hat.

There is magic, which is based off the art of illusion (aka: the rabbit in the hat) or stage performance. Then there is “magick,” popularised by Aleister Crowley's Thelema, which is centred around the occult practice of using ritual and ceremony to manipulate matter in conjunction with intention.

These new magicians are using MAGICK

Magic is for children's parties.

To do Magick one has to call upon an elemental

What is an Elemental?

Elementals and the Elemental Kingdom contain such creatures (often considered to Be mythical) as fairies, goblins, gnomes and elves, leprechauns, tree people, brownies, undines, mermaids and sylphs. They are known as ‘Elementals’ because they are made up of the ‘ethers’ and are ‘ethereal’ and therefore invisible to (most) of us.

An Elemental can change the properties of reality. Evocation of an elemental is required when wanting to physically manipulate reality. The elements are directed by the elemental spirit, an energy intelligence of sorts, these entities are used as helpers, assigned to the magician to do the working, thus crafting a alternate reality for a designated duration. The use of elementals is High Magick.

However this use of the supernatural is not without its perils, the user, magician will know that he has to enter into an agreement with the elemental, all agreements differ but usually the user has to pay a penalty, often the user's own soul or energy is the price.

This realm is made up of many entities, see above. They are invisible to most people. Their realm is another dimension, the spirit elemental's can cross over to our realm, live amongst us, watching and sometimes interacting with us.

Traditionally elementals such as fairies, goblins, gnomes and elves live in wooded area's or hills and mounds. These creatures were once called the Sidhe. Sidhe literally means "a mound" "fairy" came from the unwillingness of the people to call the Sidhe by their name,for that was considered bad luck. Euphemisms such as "hill folk," "the gentry," "wee folk," "good folk," "blessed folk," "good neighbours," or "fair folk" abounded, and "fair folk" was shortened to "fairies."

All the Sidhe were associated with many supernatural abilities. Believed to live side by side with the human world, a world "super"imposed over our own.

Today's idea or imagination of a fairy is a tiny humanoid with wings, I believe this comes from the sightings of Orbs.

An Orb seen by the naked eye is a bright point of light that hovers or darts about with intelligent manoeuvre. For the people of old, seeing such a sight would have meant trying to understand what it was they were seeing and how it could have occurred, intelligent movement and flight. Intelligence = man, flight = wings. Therefore a orb is a little person with wings.

It is very rare to see an orb with the naked eye, but modern technology allows us to see into "realms" our eyes cannot. A digital camera can take a picture in an area that to the naked eye seem devoid of surprise, yet the camera can "see" what we cannot. On review of the picture we are then surprised to see circular light anomaly.

The sceptics of society will instantly say that the anomaly is nothing more than dust. But the sceptic is very often ill equipped to see the nose on their face as they do not have the information to make a intellectual assessment of anything supernatural as their minds are automatically closed to such things by their own ignorance.

There are common factors regarding the Grey and the Fairy, both are mythical, both are based on hear say, both are images built on imagination.

In my opinion, from extensive research and personal experience, the Grey and the Fairy are one in the same.

Not E.T but E.D, EXTRA DIMENSIONAL.

Aleister Crowley, a occultist and conjurer, practitioner of magick summoned an entity, the entity's name was LAM.

Crowley drew a picture of the entity.

The entity known as LAM is an Elemental.

Demon = an evil spirit or devil, a forceful or skillful performer of a specified activity

The Fairy has its own agenda, watching and interacting with humans is part of it. It is when humans use Magick, things go wrong, realms collide, agenda's change.

If we are lucky enough to see an orb, it is likely that the entity is going about its business, in gardens or woodland. When we see Orbs in buildings I fear the entity has veered off path or is having a problem concealing itself. Or is activley seeking interaction.

A portal is a doorway that connects realms, a portal is opened with the use of Magick.

High Magick is performed by Magicians who have studied the ancient secrets, so know what they are doing. Lesser magick is often performed by novices, even children playing.

A magician will open a specific portal, using a ritual or set of instructions to bring forth the required elemental, the magician will close the portal after use.

Novices may open portals but often not know how to close them.

Children playing with a ouija board will not realise what they are doing so the closure of a opened portal is not likely.

Any dabbling with magick by novices will result in opened doorways, allowing those entities unrestricted access to our realm. One hopes there is a elemental law that prevents such visitation, so perhaps it is only a few of the more mischievous that come through.

A theory on "Ghosts"

Portals opened allow entry in, one way traffic. Closing a portal returns the elemental and shuts the door.

When an elemental enters out realm uninvited, the entity cannot get back. The entity is stuck here for eternity. For amusement the entity attaches its energy to a human, like a parasite. The human characteristics and memories are absorbed by the parasite. When the human dies, the parasite falls away, trapped, unable to move on as the human's energy finds its path.

The entity is weakened by its prolonged existence in our realm, it needs a host to sustain energy.

The parasite now lingers where it fell, using its limited powers to create mischief, gaining energy from fear, as if a vampire of emotion. Through prolonged exposure to our reality it is no longer an elemental, its power to create or manipulate is diminished. Its survival can only be achieved by toying and tormenting humans.

So in conclusion, an Orb is the energy signature of a elemental entity. The modern fascination with "light working" is ill conceived on the part of the practitioner as most participants have little understanding of the dark arts or high magick that they are actually using.

"Star seeds" and "Light Workers" are themselves being manipulated by entities they understand very little of.

There is no White or Black Magick, there is only Magick, which is a DARK ART. Those who wish to battle with Dark forces must put down their wands and spell books, every Soul is created with divinity, we are not gods nor should we aspire to being as gods. This has been the downfall of many civilisations.